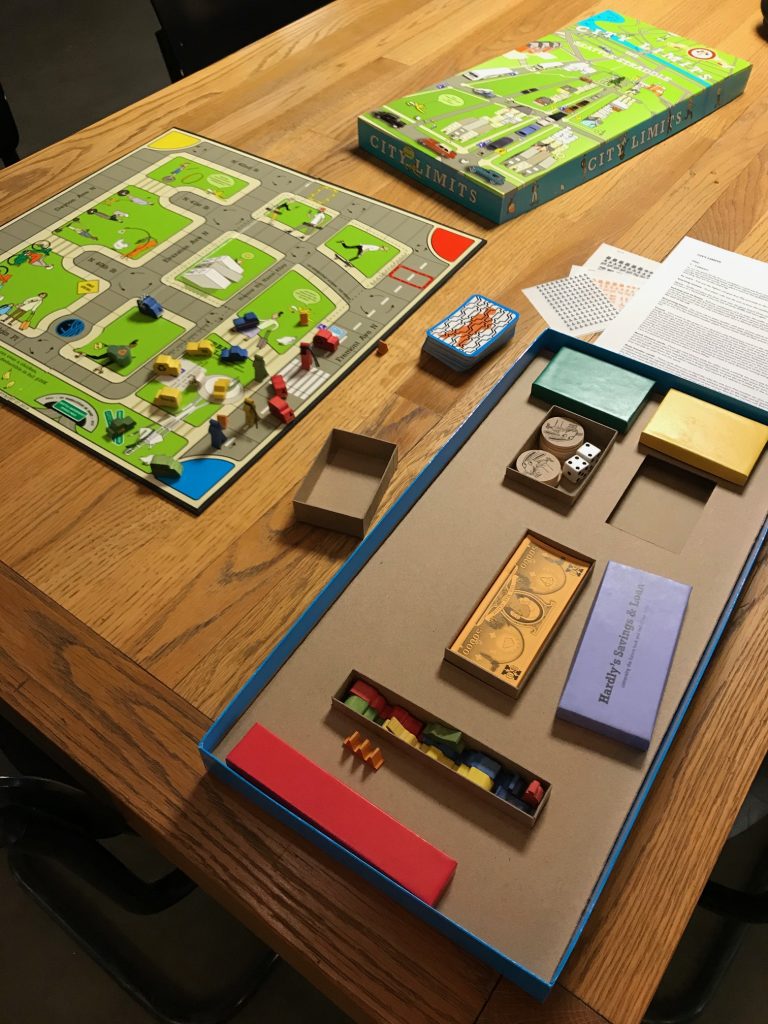 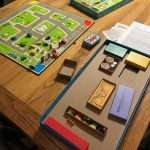 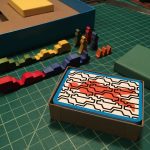 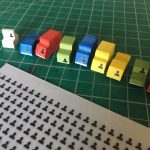 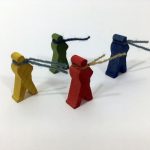 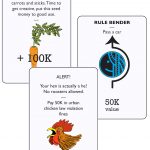 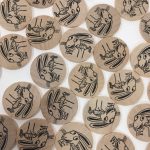 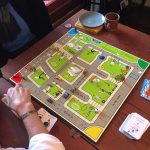 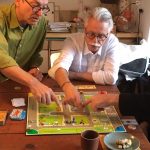 Markee has created a board game based on his own unique single-family zoned, dead end, steeply sloped, single lane street which happens to be surrounded by an up-zoned L2 Urban Village. The site’s extremely challenging access and circulation constraints aren’t immediately apparent on a flat zoning map.

Ironically, Markee had to add an access street where there is none to make the game work.

Markee describes the game as one of chance and strategy. Players navigate streets and sidewalks, encounter other vehicles, road closures, and countless other hazards via the luck of the draw and the roll of the dice. Vehicle congestion, the ability to bend the rules, and many avenues toward profit and loss reflect the unpredictable realities of today’s urban environment. Players may strike it rich, fall deep into debt, pay steep medical bills for a neighbor’s chicken, or maybe even show a little compassion to an opponent.

The game will be launched on Kickstarter.com in February or March as a fundraising effort for Friends of Upper Fremont. There will be an initial limited edition of 1,000 games produced.

Sale of the game is intended to fund legal representation for Friends of Upper Fremont to encourage correction of vehicle access code violations in two proposed high density residential projects.

Check back here for updates on the game’s progress.

A limited edition of 1,000 games will be produced.

Wood pedestrians and vehicles hand made by Brent Markee.